The bet on advanced non-human intelligent life in 2021

What would you do if you had information which you knew was likely true, but most of the world didn’t yet believe? If you had inside information on a crypto coin or stock, a rational individual should behave in a way that profits from that information asymmetry. After learning about the history of UFOs during the pandemic, this is the kind of scenario I was faced with in May 2021, when famed rationalist Eliezer Yudkowsky proposed the odds at 100:1 for a bet “against visible intelligent aliens” on Twitter. It started a chain of events which winds through a fascinating world of blockchain, DeFi and ultimately how smart contracts help strangers on the Internet transact with minimal trust assumptions.

So apparently there's some kind of thing right now about supposed aliens. I haven't looked into it at all, but I am happy to blindly bet against anything to do with visible intelligent aliens at 100:1 odds.

I had been studying the lengthy history of UFOs as a hobby during the pandemic. Anybody following me on Twitter would know this. So when I found Eliezer’s tweet, I found it interesting that someone would bet with those odds. After all the research I had done, including books, films and surveying my close friends and family, they seemed good to me, so I reached out.

Any chance your still taking bets? Have your odds been updated or still 100:1? Willing to escrow $1000 in an ETH smart contract.

I didn’t receive a response in March of 2021. By that time, there had already been significant developments for anyone following #ufotwitter, which the mainstream media hadn’t picked up on yet. Then on May 16, 2021, everything changed. 60 minutes aired a segment on the sightings off the coast in San Diego in 2004, the “Tic Tac” UFO, as well as events off the East coast near Jacksonville in 2014. It went viral, and suddenly what was the domain of fringe researchers on the Internet became a global conversation. So I tried again, this time with a well-known meme. It worked!

Odds unchanged. The difficulty is setting up the ETH smart contract and picking a judge who doesn't add more than 1% noise risk. Do you have walkthrough on how the contract works and why I should trust it?

So how do two strangers, who have never met before, interact safely in order to execute a bet such as this? Well, we can use a smart contract system. The Ethereum blockchain is well suited for this, and there already exists an ecosystem of service providers which are needed in order for this to work. Let’s take a look. 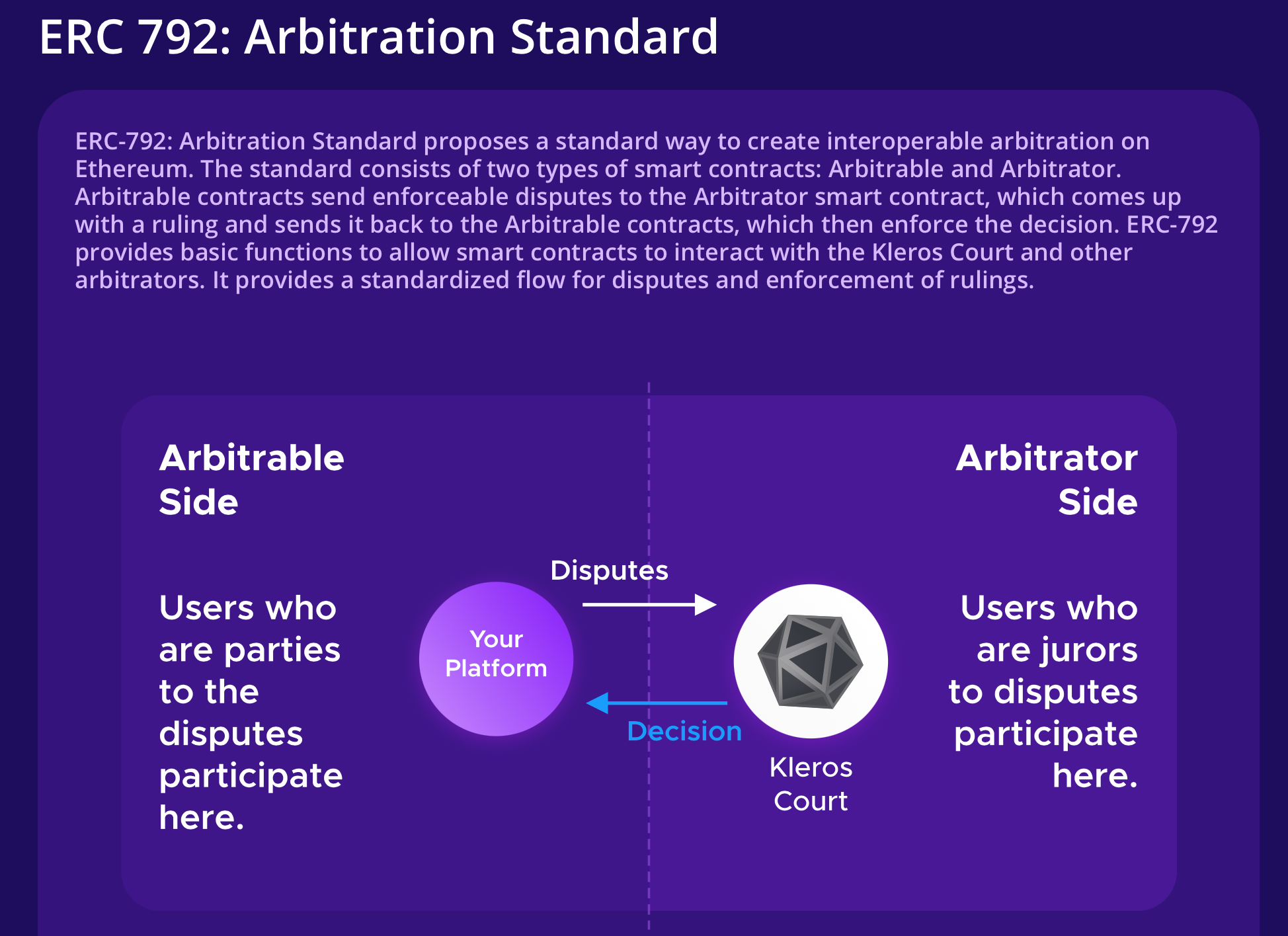 It’s important to understand the implications of the 2 of 3 multi-sig setup. This means that at any time, for any reason, Eliezer and I could coordinate to take actions on the escrowed funds using the Gnosis Safe interface. There was a concern that the opportunity cost of locking up the funds would forego the opportunity cost of staking or earning interest on that capital, as is possible with various DeFi protocols.

I'm legit interested in learning how to execute this in crypto - this is the year I'm finally learning how to use crypto - but at 100:1 odds, foregone earnings from the lockup are a real issue if the term is longer than a month. Might bet 10 ETH : 0.1 ETH and worry less.

The answer to this, using the system described above, is that Eliezer and myself could coordinate and stake the deposits into any DeFi protocol. At that point, the opportunity cost is captured by the escrow contract itself. This is indeed how yield aggregation protocols like Yearn work. If we coordinated, we would satisfy the 2 of 3 signature requirements, so we don’t need to rely on the adjudicator smart contract for anything.

I took the time to describe the basics of how the third-party components would work, but so far omitted the terms of the bet. The actual bet itself contains terms, like time limits for when disclosure would occur, which would need to be encoded in a custom smart contract. It is possible to create a plugin to the Gnosis Safe contract which allows for this interface. But this introduces the need for the custom contract to be developed, as well as for Eliezer to be able to audit the contract. This introduces additional challenges and risks, including a smart contract bug which could result in loss of funds. Is there another way?

Notice that the construction above is fairly generic, besides the logic of the bet and it’s terms. It would be great if there was a “generic betting system” where we could simply plug in the time limit and the contents of the bet. It turns out, there is already an existing system of blockchain prediction markets which allow you to accomplish most of the requirements above. I’ll use the example of Omen. Omen provides a simple interface for anyone to create a prediction market. 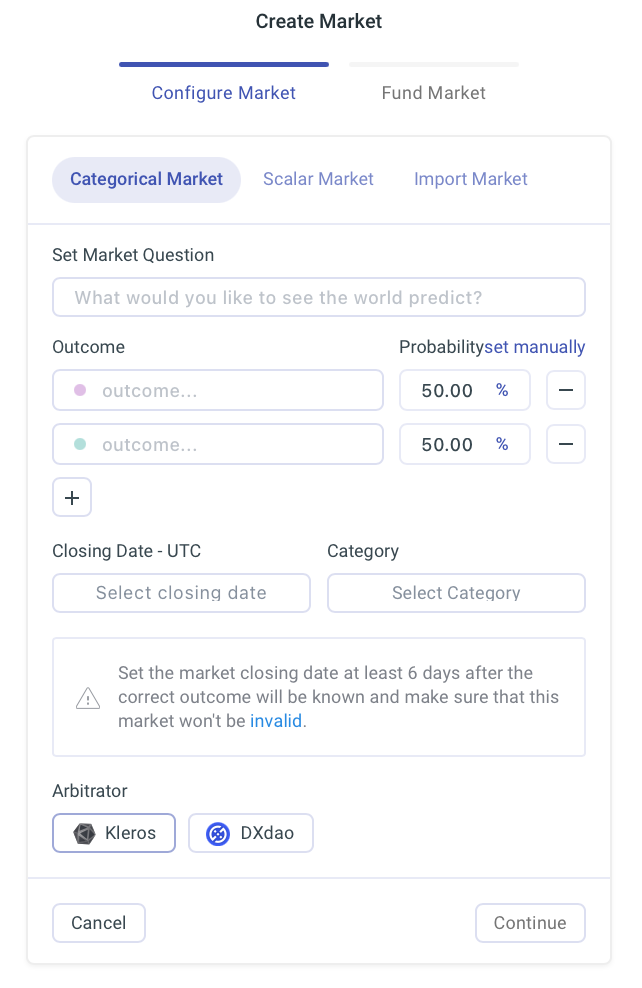 Let’s observe the interface and how it maps to what we’re trying to do:

There are a few other to note with this kind of setup.

Second, most of the challenges that were previously described are no longer relevant. Omen has been used successfully by many people, participating in many markets, including the highly disputed 2020 election. I encourage you to again read Vitalik Buterin’s analysis of the election market. With this proven system, there’s less risk of smart contract bugs and no need for the effort and delays needed to code a custom contract.

Third, the DeFi option is unclear how it would work in this setup. Maybe the market tokens that you receive when you place a bet on an outcome can be used in DeFi for other things. Given how programmable and open DeFi is, I wouldn’t be surprised if that’s the case. But right now, I’m not sure if this is an option.

I suspect I would not be the only participant who is interested in taking a side on this bet, on either outcome. Eliezer, if you’re reading this, we could be the ones who launch one of the most significant prediction markets of the year. There will be rampant speculation and betting activity on both sides. More importantly to me, people will realize that there is a significant amount of real information to suggest that we are not alone. That signal should surface properly, in a decentralized fashion, as people are self-incentivized to research and act on the information they know and believe to be true.

And for the record, I do believe that an advanced non-human intelligence has visited us and is visiting us, and it will be disclosed by the US intelligence reports slated to be published this year. If you disagree, then let’s make a bet. 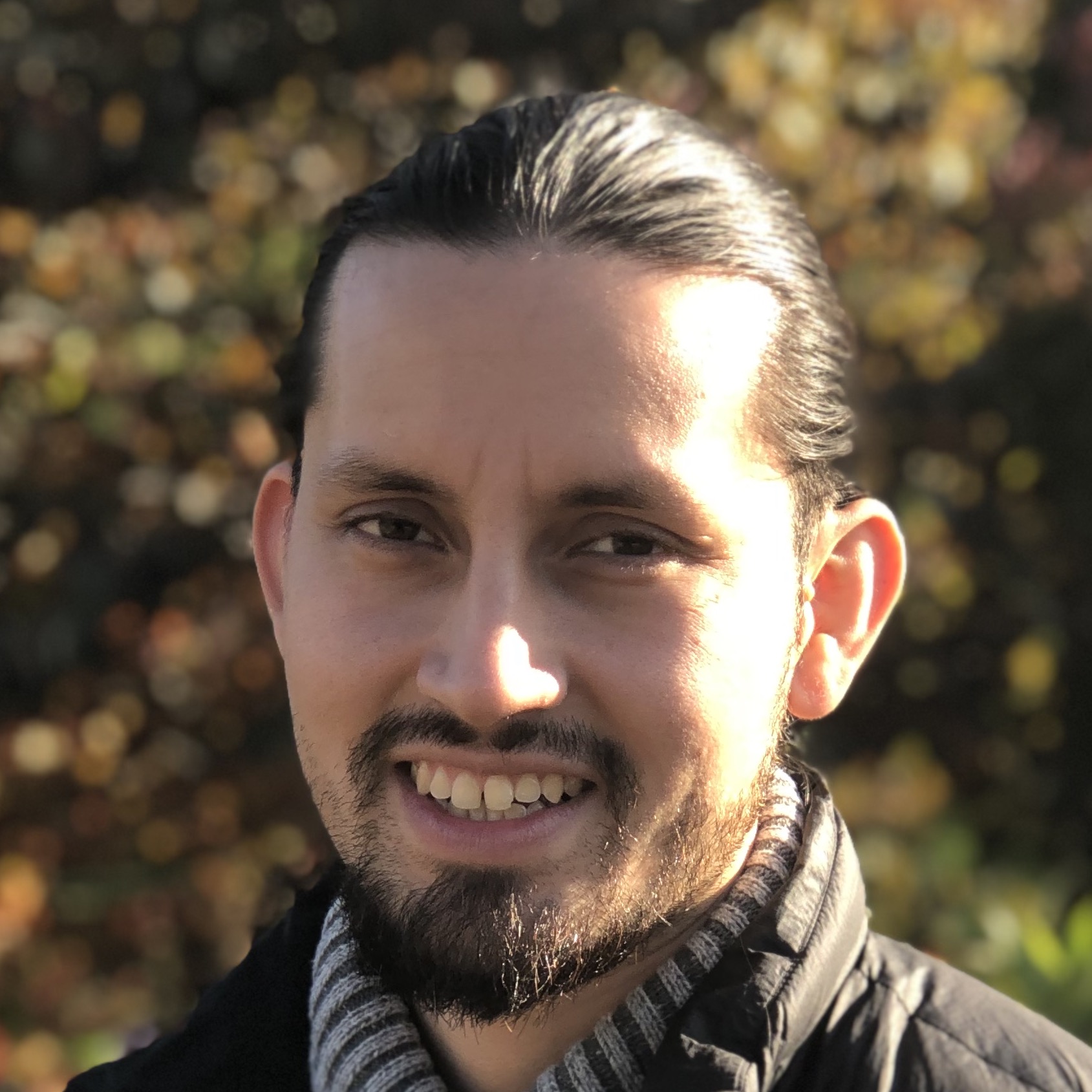